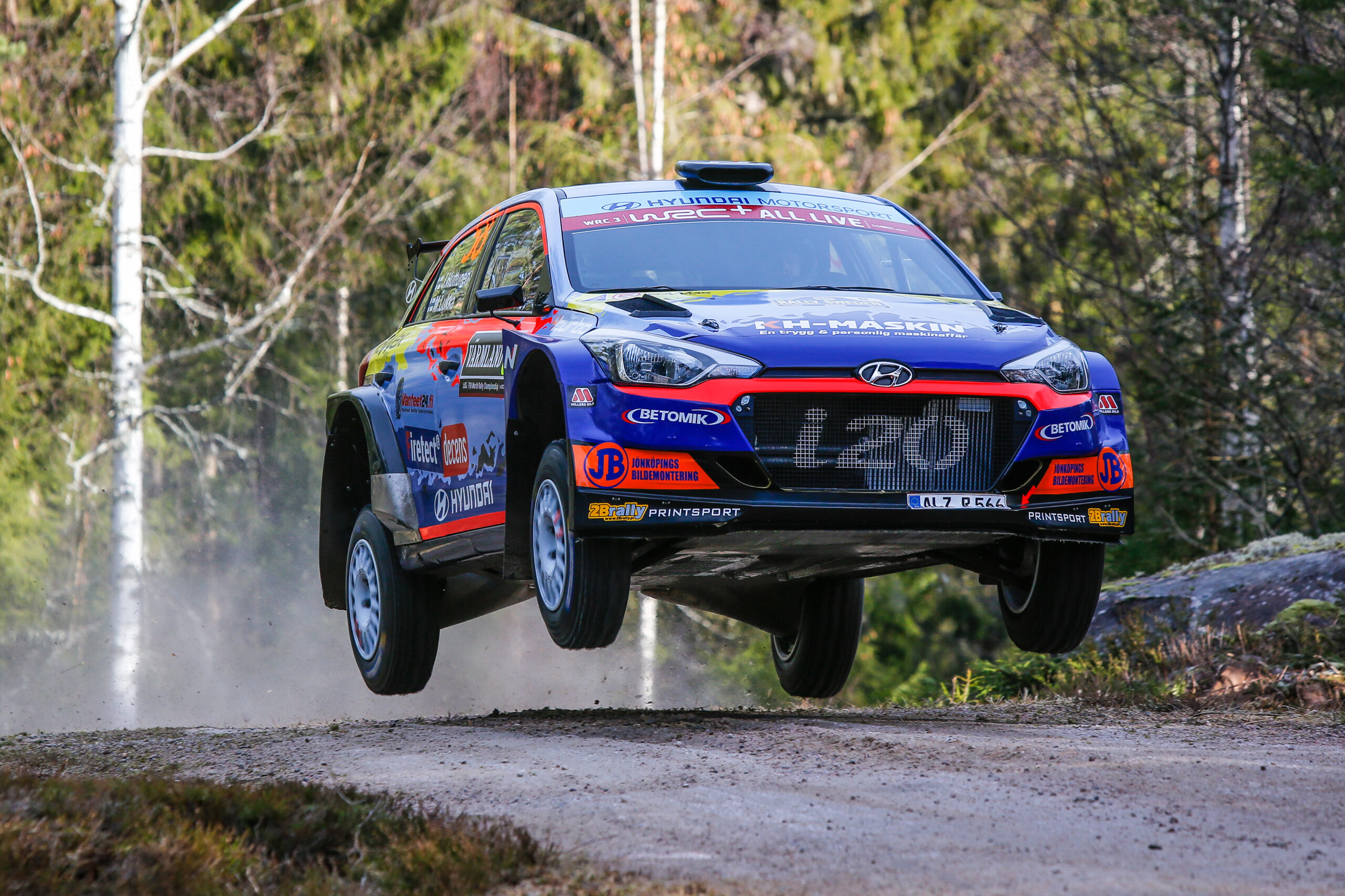 Jari Huttunen stole the lead of the WRC 3 category at Rally Sweden after a gripping battle with overnight leader Emil Lindholm throughout Saturday’s leg.

The Finn, driving a Hyundai i20, had been locked into a tight duel with fellow compatriot Lindholm since the early stages of the rally. A blisteringly quick time on the Nyckelvattnet speed test enabled Huttunen to claim the lead and he arrived back at service as the leading Rally 2 competitor with a 3.4sec advantage in WRC 3.

“We have had much more grip today and I think that has been better for both my car and for me. Tomorrow, we only have one stage and we will have to push hard,” said Huttunen.

Oliver Solberg continued to impress during his debut with the Skoda Fabia. The 18-year-old enjoyed a trouble-free run to end the day 28.1sec back from Lindholm in third, passing more experienced Volkswagen Polo driver Johan Kristoffersson in the process.

Eerik Pietarinen rounded out the top five in another Fabia. By the end of the day, the Finn trailed the category leader by 53.0sec and had an advantage of over three-minutes to sixth-placed Filip Mares.