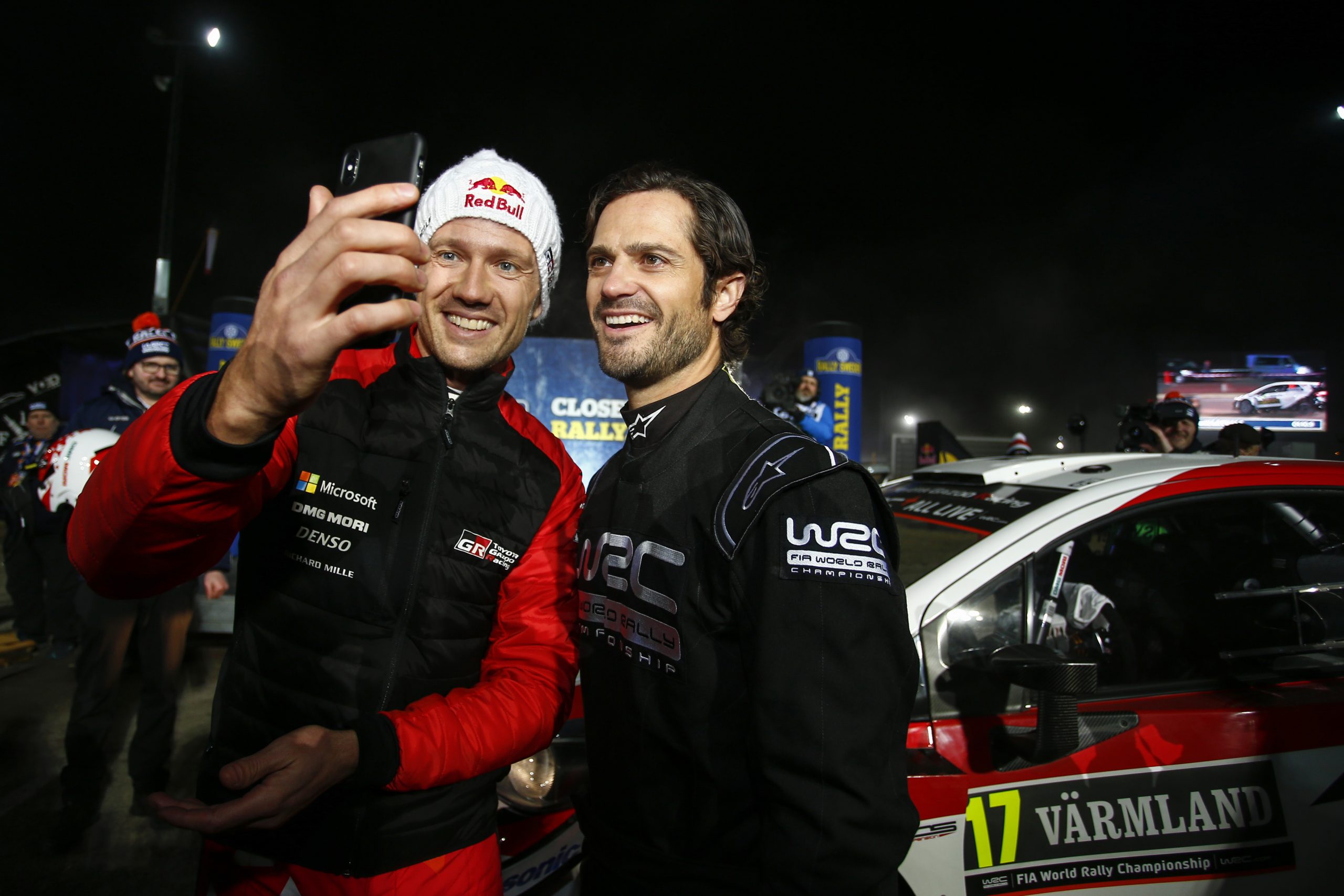 The 40-year-old prince, fourth in line to the Swedish throne, replaced co-driver Julien Ingrassia in Ogier’s Toyota Yaris for the 1.90km warm-up at the town’s trotting track. The pair posted second fastest time and Ogier joked: “I’m considering to change co-driver. What are you doing this weekend?”
“I’m free!” said the Prince. “It was great, fantastic, what a ride. I will try to learn a bit more French and then we are good to go.”

Prince Carl Philip is an enthusiastic motorsport fan and has competed himself in the Porsche Carrera Cup Scandinavia and the Scandinavian Touring Car Championship.

Jari-Matti Latvala recorded the fastest time of the night in his privately-entered Yaris, 1.9sec clear of Ogier. Kalle Rovanperä ensured a clean sweep for the Japanese manufacturer with third quickest, a further 0.8sec back.

The Karlstad shakedown was the second and final warm-up ahead of the second round of the FIA World Rally Championship which starts in Torsby on Friday. Rovanperä was fastest in this morning’s initial 7.21km Skalla shakedown.

Competitors face three special stages tomorrow morning, two in the forests of Norway and one back across the border in Sweden. The leg closes with the mid-afternoon Torsby Sprint test. It all adds up to 63.68km of action.