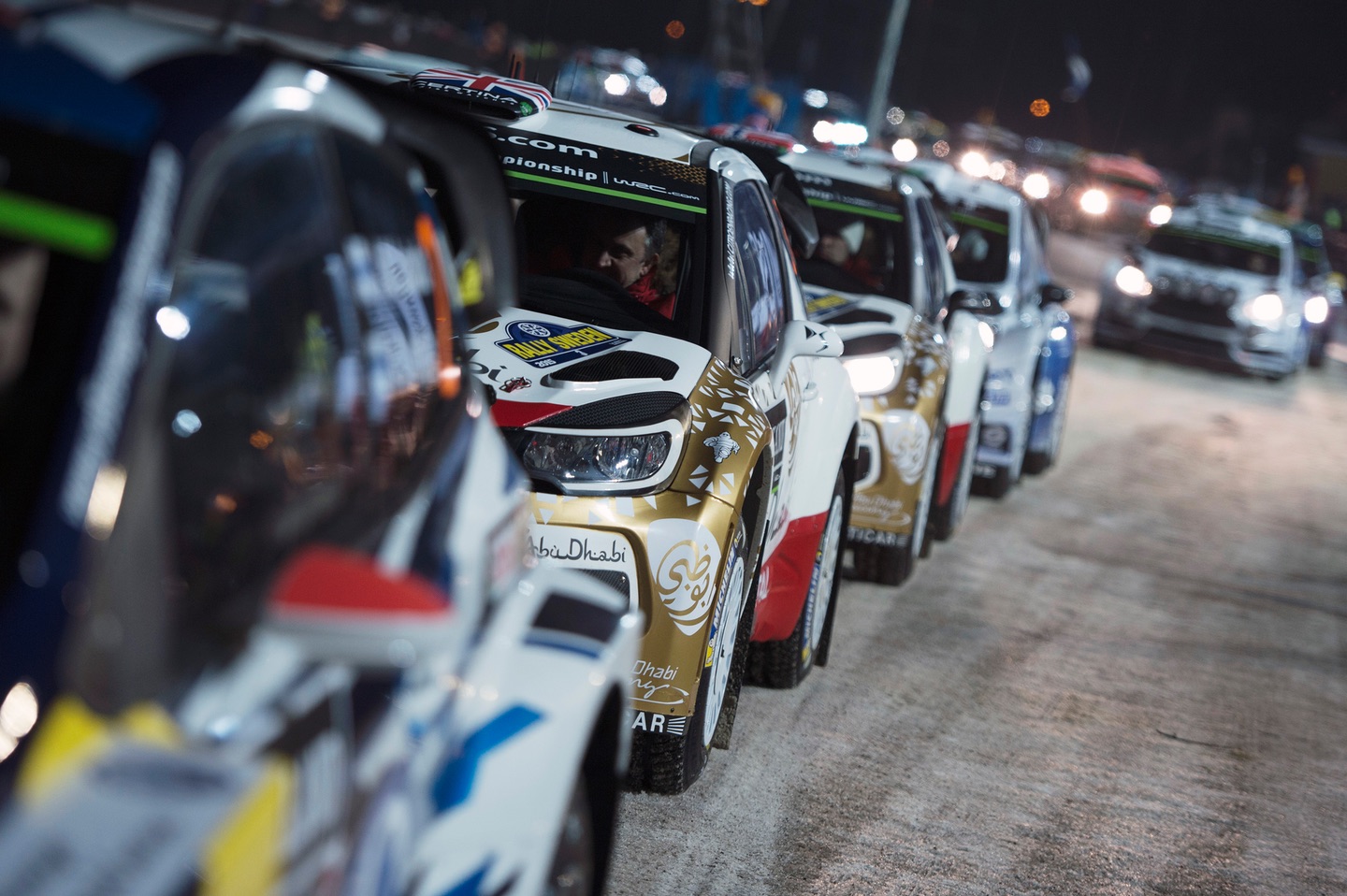 Four-times world rally champion Sebastien Ogier with M-sport Ford, double Rally Sweden-winner Jari-Matti Latvala in Toyota and Norwegian Mads Østberg in M-sport Ford are some of the top names that will take the start in Karlstad February 9.

At the closing time for entries today at 15:00, there were 101 entries in total; 45 entries in WRC and 56 in Rally Sweden Historic.

As expected, four Manufacturers teams will be on the starting line. Toyota, with former VW-driver Jari-Matti Latvala, is back in the WRC after many years of absence and also Citroën makes a come-back after one year outside the championship. They are joined by Hyundai, second in the WRC last year and M-sport Ford who has the reigning champion Sebastien Ogier in it’s team.
– After many speculations it is now confirmed that Mads Østberg will start the rally in a Ford Fiesta WRC 2017. Missing unfortunately is Andreas Mikkelsen, third overall in WRC last year, says Christina Lundqvist Viklund, Clerk of the Course WRC.

In total, 12 Swedes and 5 Norwegians will compete in Rally Sweden 2017. In the WRC2 Championship expected names as Pontus Tidemand, Emil Bergqvist, Eyvind Brynhildsen, Anders Gröndal and Ole Christan Veiby are found. An interesting start among the privateers is Johan Kristoffersson in a Skoda Fabia R5, Johan was second overall in the FIA World Rallycross Championship last year.

Rally Sweden Historic looks to be an interesting fight with several merited drivers and exciting cars. Patrik Sandell who won the Midnight Sun Rally 2015 has entered in a Ford Escort MK2 and both Mats Jonsson (Mazda 323) and Arne Rådström (Volvo 242) are known to be fast drivers.

-A late but interesting entry is Antero Laine in an Audi Quattro, he was Finnish champion in the 80ies, says Hasse Joansson, Clerk of the Course Historic.

The oddest car in the rally will probably be the Saab Sonett, driven by Lasse Jönsson.

The entry lists will now be sent to the FIA and the Swedish ASN for approval before the official entry lists with starting numbers will be published.