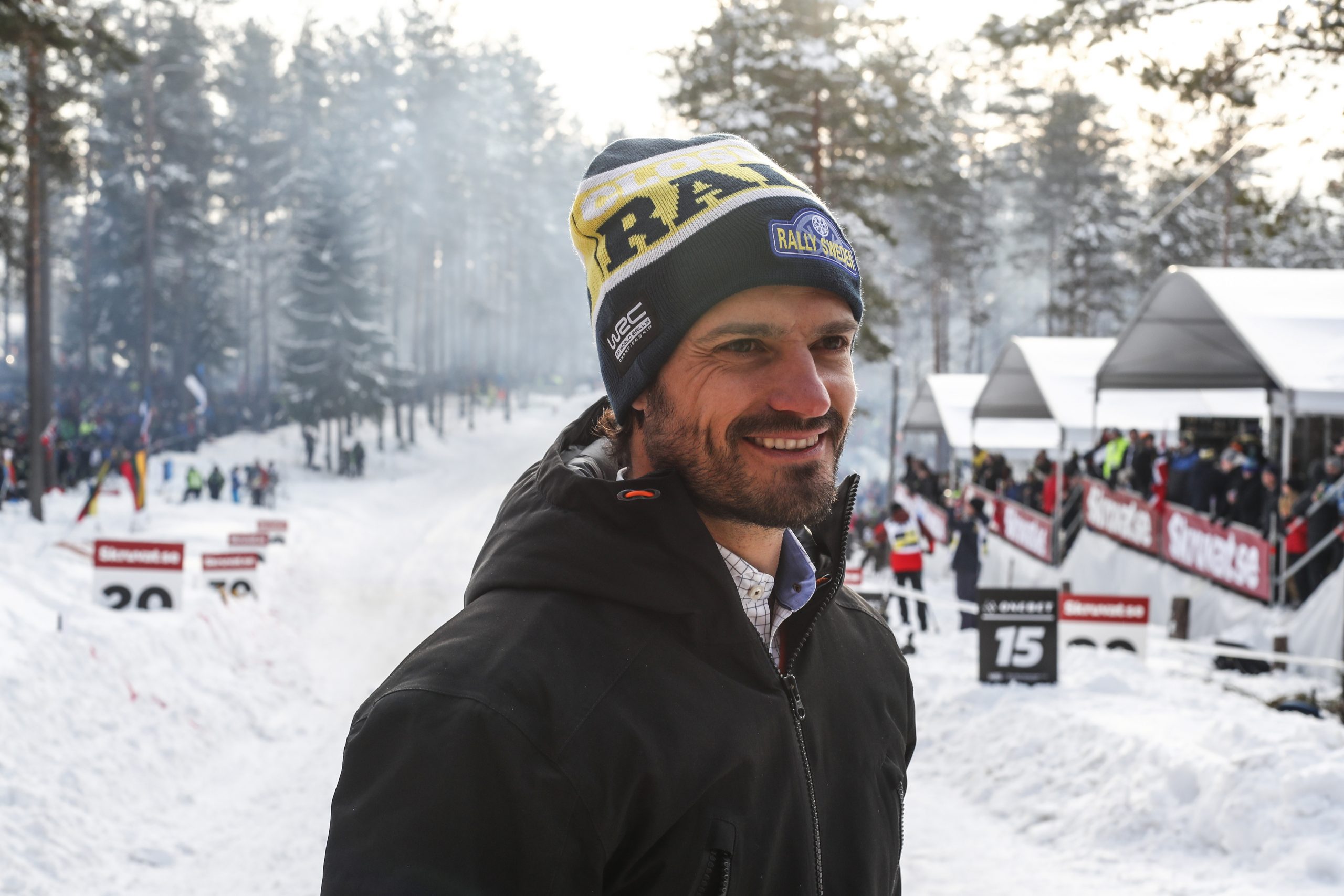 The countdown to the WRC party has begun. It's now official that the royal highness, Prince Carl Philip will attend the inauguration of The Red Barn Arena and on Monday ticket sales will open in the shops for Rally Sweden.

Rally Sweden has in recent years been a leader in the WRC and made the rally a spectacular and action-packed arena sport. When the rally moves to Umeå, a unique and close to the rally arena has been created, conveniently walking distance from the citycenter.
The Red Barn Arena in the I20 area is Umeå’s equivalent of “Colins Crest” in Värmland. On Friday and Saturday, this is where the party is. Three special stages are decided in the WRC at The Red Barn Arena, you can follow the other special stages on big screens and there is stardom from the stage.
– Now we take the rally into the city again. This is a fantastic chance for the Umeå residents and all travelers to see the world’s best rally drivers up close. We have built a fast arena with three big jumps where the drivers can keep a high speed which means that we still keep the rally feeling as if it were out in the woods, says Glenn Olsson, CEO of Rally Sweden.
Wherever you stand at The Red Barn Arena, you will be able to follow the speed and the world’s best rally driver at basically just a car distance. The arena distance is 1.5 kilometers, contains three jumps (where the cars can fly up to 40 meters in the largest jump) and the new hybrid cars can reach top speeds of over 150 kilometers per hour.
The Red Barn Arena area has room for about 30,000 people and on the big screens, the audience can follow the drama on the other stretches in Umeå’s surrounding municipalities.

But The Red Barn Arena not only offers a rally, but it´s also a real winter festival where the program has something for the whole family. Food courts, artists, exhibitors, big screens, souvenir sales, bars, and VIP areas guarantee entertainment all day long.
There will also be a royal splendor on Friday when Prince Carl Philip will attend the inaguration of The Red Barn Arena.
– Prince Carl Philip has a genuine interest in motoring and we are happy and proud that the Prince will be present when Rally Sweden is decided in Umeå for the first time, says Glenn Olsson.
The entrance opens already at 15.00 and the evening’s given highlight, SS7 Umeå Sprint starts at 18.38. During the evening, the Swedish artist Dotter creates a party atmosphere from the stage.
In The Red Bull Show, the snowmobile freestyle trio Marcus Ohlson, Rasmus Johansson, and Anders “Flanders” Eriksson invite the audience to snowmobile acrobatics both Friday and Saturday.
On Saturdays, the arena is open all day, from 10:00 to 21:00. There are two special stages in the WRC, in between, there will be a nostalgic rally in Rally Sweden Historic and the Swedish artist Pidde P will perform twice on stage.

On Monday the 14th of February, sales of tickets and the World Cup program, Rally Magazine, will begin in COOP stores in Umeå and surrounding municipalities.
It is noteworthy that there is free admission for all children under the age of 15 in the company of an adult throughout the weekend on all special stages, including The Red Barn Arena and the service area.
There are four different ticket categories; The festival pass (all routes, The Red Barn Arena, and the service site every day), Day Ticket, Arena Ticket, and VIP tickets The Red Barn Arena.
There is a discounted price for those who buy a ticket in a store. It is of course possible to buy tickets at the entrances as well, then it is cash only that applies.