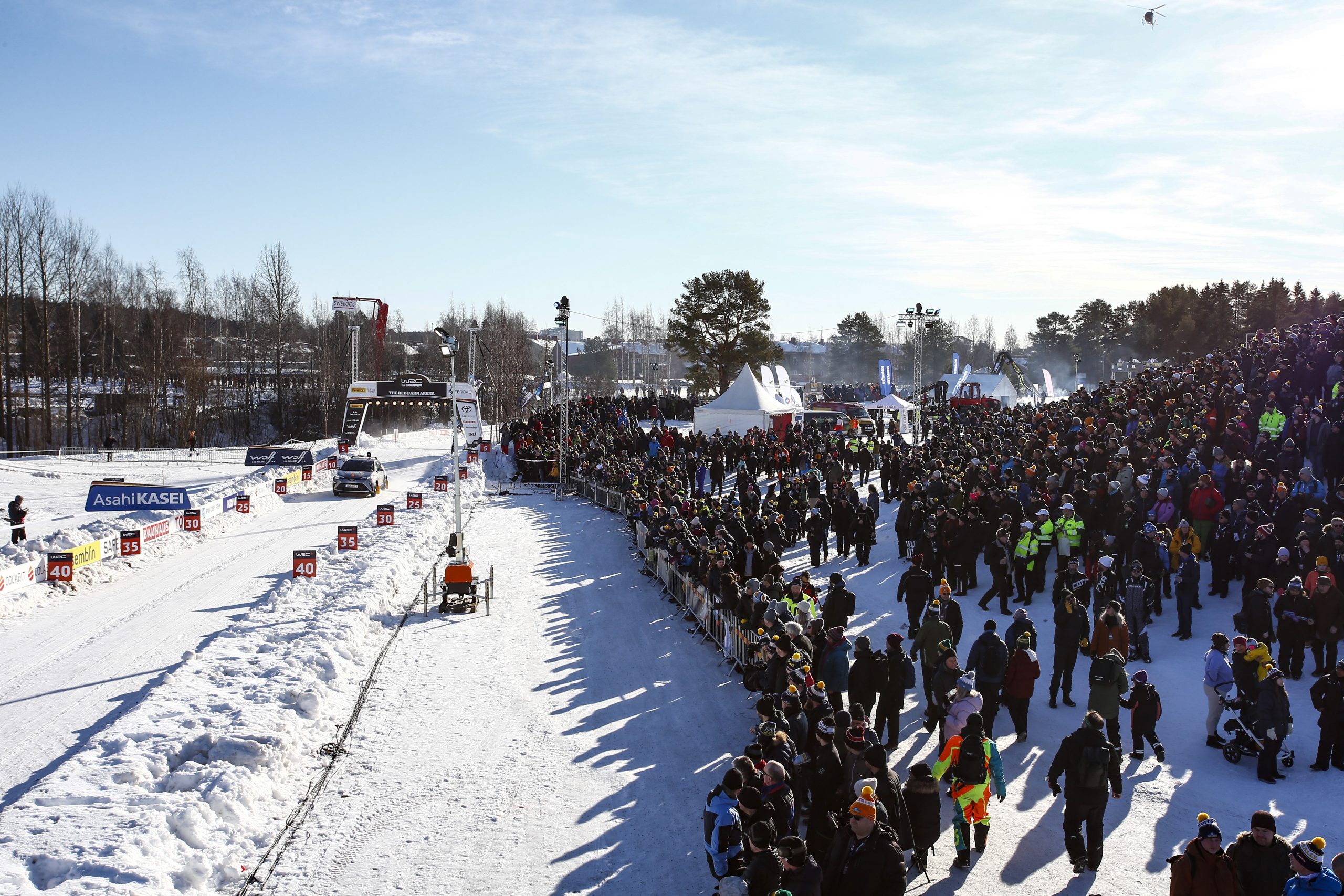 The move to Umeå meant that Rally Sweden could take several important steps towards the vision of zero emissions, Rally Towards Zero. Extensive use of fixed electricity from renewable and locally produced sources improved opportunities for visitors to get to the arenas by public transport, and cooperation with several environmentally certified key suppliers were some of the environmental advances.

During the World Rally Championship, Rally Sweden’s environmental work was praised by both Prince Carl Philip and the FIA’s Vice President Robert Reid.

– It is really locally produced. It is an impressive job that Rally Sweden does in these matters, such as digging electricity down the hill and being at the forefront in many ways, stated Prince Carl Philip.

– The FIA has high goals, and it is fantastic to see how our partners and events take steps. Rally Sweden does a very, very good job in these matters and is one of the leading events in the WRC, said Robert Reid.

One month after the WRC event, Rally Sweden has received an important quality receipt. Rally Sweden has again achieved the highest level, three stars, in the FIA’s environmental accreditation framework. After an audit that went through the environmental and climate work in 17 different areas with everything from transport and energy to chemicals and water issues.

– It feels excellent that we have once again received the highest level of environmental certification. But even though we have come a long way, there are many areas for improvement where we can sharpen our skills further. We have a long journey left before we reach the final destination. Still, it is a journey we look forward to doing together with our partners, suppliers, and organizing associations, says Glenn.

Michael Jalmby is a senior consultant and collaboration leader at Esam, Rally Sweden’s advisor on environmental and climate issues. He comments on the environmental certification as follows:

– One should remember that the industry standard established by the FIA is more demanding than an ISO 14001 certification (ISO) because it sets the level of ambition for the different levels of accreditation (1-3 stars). After all, ISO only requires continuous improvement. In a short time, the organization has done a great job, and the ambition is high, which guarantees continued development in the coming years, Michael concludes.