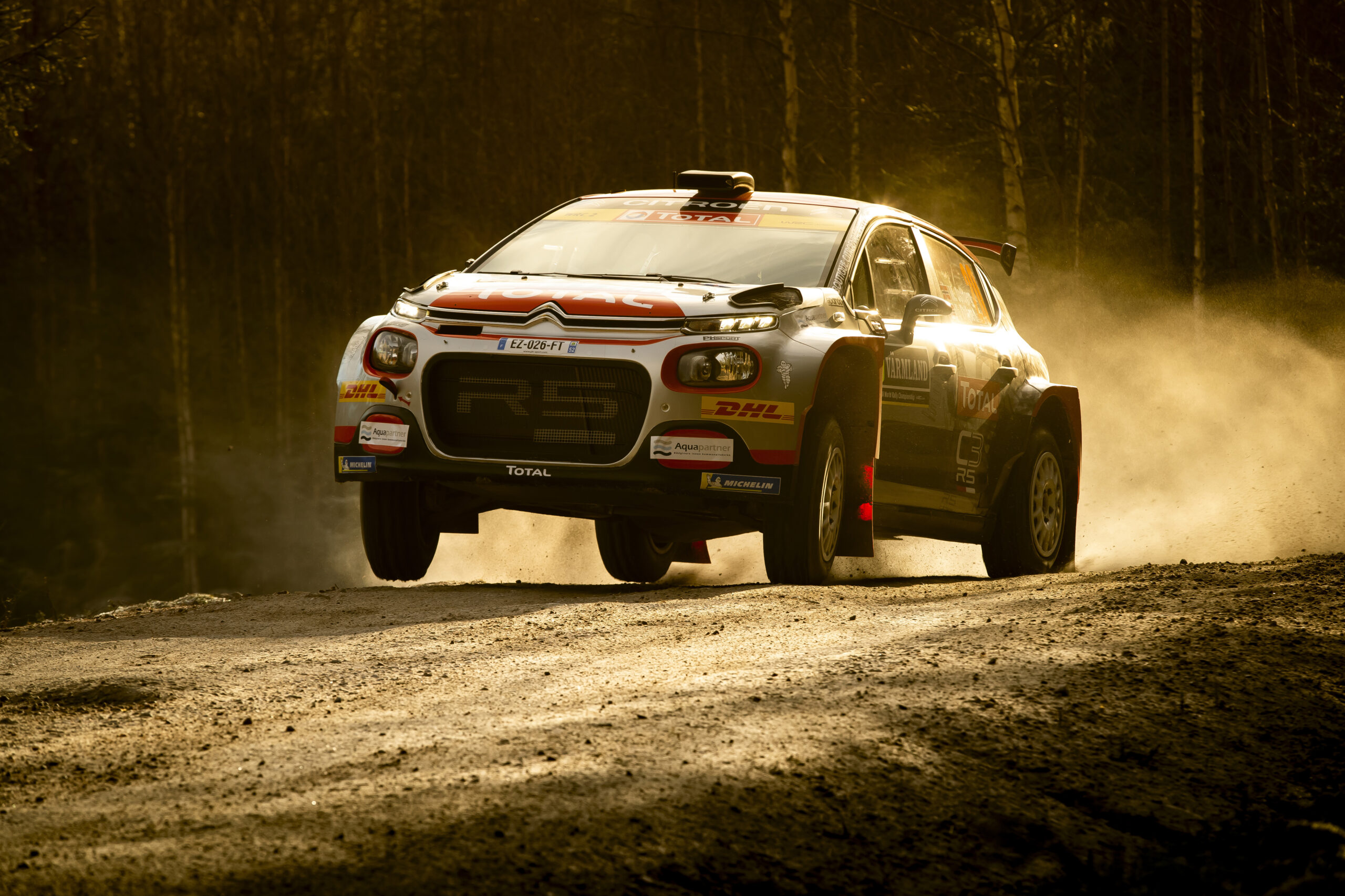 Mads Østberg continued his strong run of form to increase his WRC 2 category lead on Saturday at Rally Sweden.

The Norwegian, driving a Citroën C3, started the day with an 8.4sec lead over Ole Christian Veiby. However, his lead looked to be in jeopardy when Veiby clawed back 3.5sec in the Hof-Finnskog speed test despite picking up a slow puncture on his Hyundai i20.

Østberg responded by snatching back 5.7sec in the following Finnskogen test, before going on to win both of the day’s remaining stages. He eventually arrived back at service in Torsby with a 15.8sec lead over his compatriot.

“It’s not been a bad day. We have been struggling a bit with the setup of the car and I think we have done the optimal of what was possible. I could not go any faster so I am delighted to lead the category today,” said the overnight leader.

Pontus Tidemand was third, 30.4sec off the lead in a Skoda Fabia. Despite having plenty of experience of the Swedish stages, he struggled to match the pace of the leading pair. His speed wasn’t helped by a lack of seat time in recent months.

Nikolay Gryazin was sitting in fourth position before disaster struck in the penultimate stage of the day. He was forced to stop and change a puncture on his i20 and lost over two-and-a-half minutes in the process, dropping to sixth.