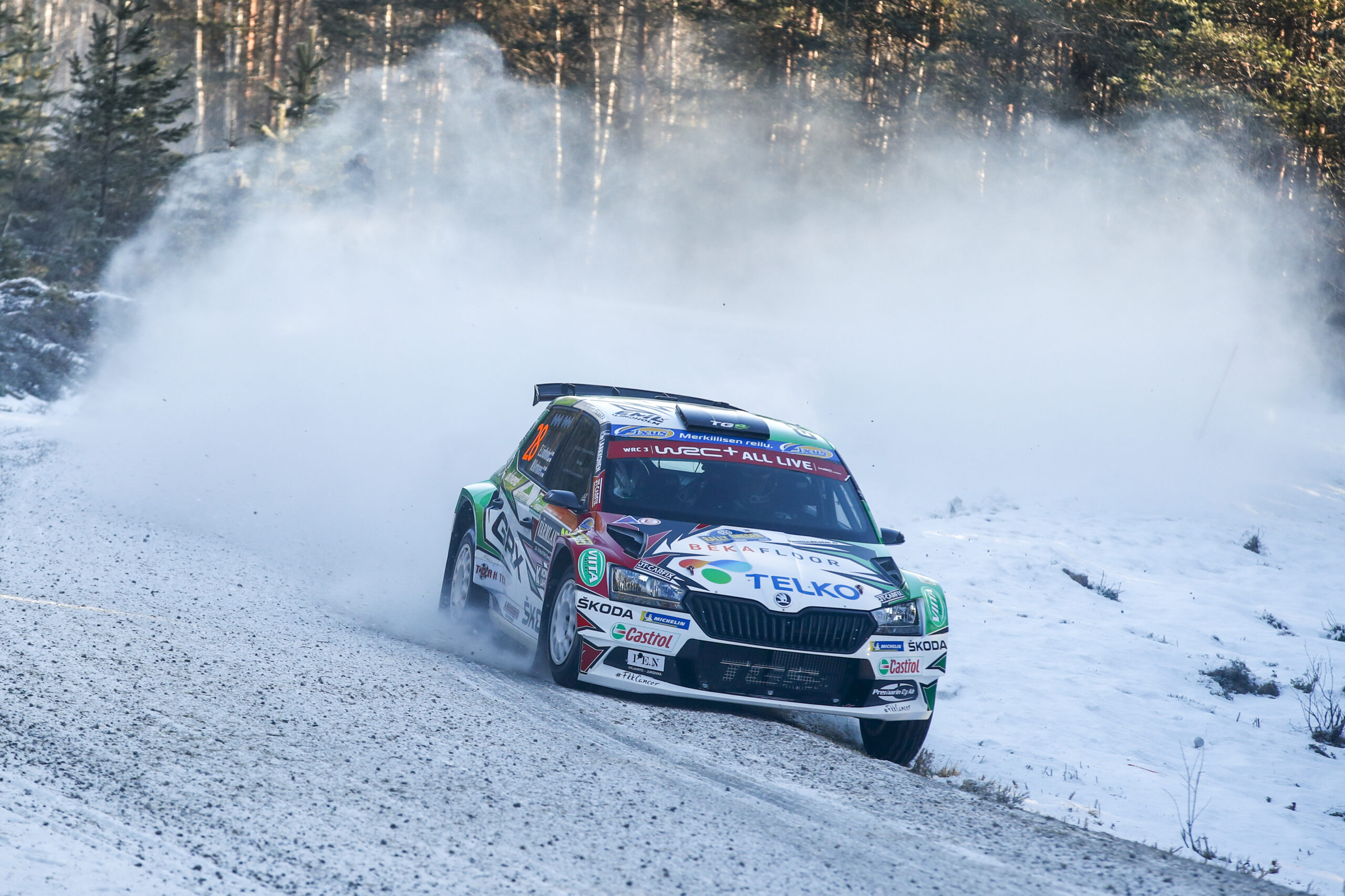 Flying Finn Emil Lindholm was the man to beat in WRC 3 on Friday. Driving a Fabia, he was quickest on two speed tests and managed to etch out a lead of 7.7sec over Jari Huttunen. Such was his pace that he ended the day 10th in the overall standings.

“It’s been a surprise for us. After coming in second place last year, we wanted to put on a good show but today has exceeded my expectations. I did not expect to be the fastest Rally 2 competitor, but we have done a lot of work for this and this is show time,” said the leader.

Johan Kristoffersson was a further 20.9sec further back in third with his Volkswagen Polo. The local hope is under pressure from a flying Oliver Solberg, who is making his debut in a Fabia this weekend. Eerik Pietarinen rounded out the top-five, a mere 3.7sec adrift of Solberg.

A mix of ice and loose gravel on the stages produced some exciting action, with a number of crews falling foul of the tricky conditions. Roland Poom paid the price when his Fiesta left the road during the Finnskogen speed test, causing heavy damage and forcing the Estonian out of the rally.