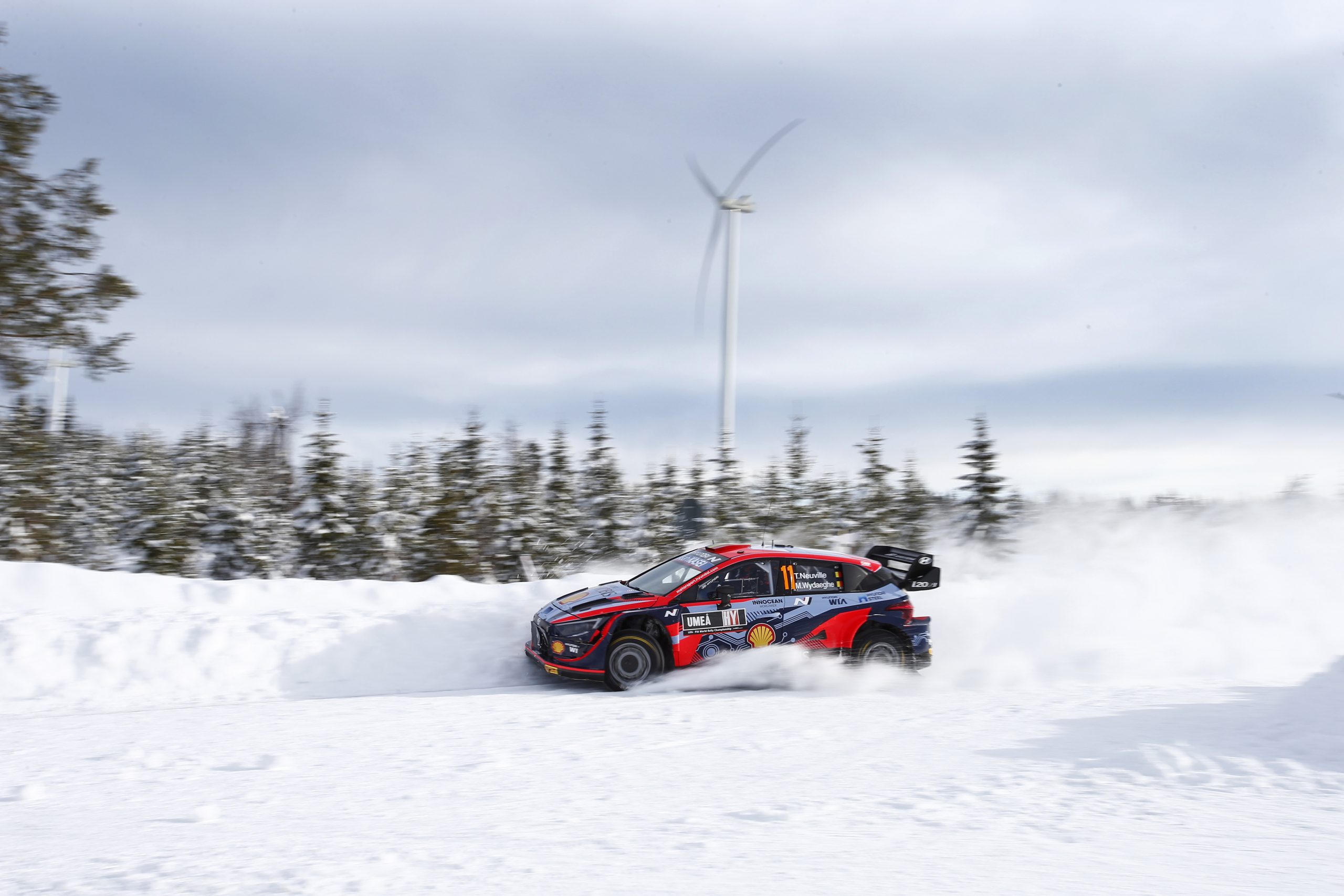 Rally Sweden's premiere day was eventful when the competition entered Umeå for the first time in WRC history. Thierry Neuville leads the summary after the first day 4.3 seconds ahead of Kalle Rovanperä and Elfyn Evans, who are third another 3.1 seconds behind.

Neuville had the most consistent performance throughout the day in the Västerbotten landscape, won one of seven special stages, and was second on Sävar SS 3 and Umeås SS 7.
The Belgian was also noticeably pleased to go tonight rest before Saturday as a leader.
– I have been stable all day and had an intense afternoon. We have made minor smart corrections with the car that I have benefited from. Since then, the car has worked incredibly well and the tired team has also done a great job, said the 34-year-old Hyundai driver.

Kalle Rovanperä also opened on Friday by driving home Sävar SS 3 and Umeå SS 7. The 21-year-old was also satisfied with being in the race in the season’s second WRC competition.

– It is a perfect situation for the future, and I knew it would be strict conditions when I went out first in the field. I am generally satisfied, and im still in the race, Rovanperä said.

Elfyn Evans finished the summary as third, 7.4 seconds behind Neuville and Rovanperä. The Welshman won Sävar SS 4, but fell back at the end of the day, where the tire wear affected him in that respect.

– We had to pay a high price when we had to work hard on the tires and lost grip, and time ran out, Evans said.

Friday’s opening also offered drama where Ford’s Craig Breen got to feel the snow on Kamsjön SS 2 and steered straight out and got stuck and had to break. Ott Tänak also had a nightmare day, although it initially looked bright. The Estonian won both Kroksjö SS 1 and Kamsjön SS 5 with the car hit so hard at the same time that it knocked out the hybrid technology, and Tänak got no green light in the system. The team thus did not start on SS 6 and 7.

The WRC 2 class is doubly Norwegian at the top with Andreas Mikkelsen in the lead in the summary with Ole-Christian Veiby as second and Nikolay Gryazin as third.
Veiby was in the lead with 14 seconds before the last Umeå SS 7, but lost a lot, and Mikkelsen passed.
Mikkelsen leads just over four seconds for Veiby and 9.8 seconds for Gryazin.