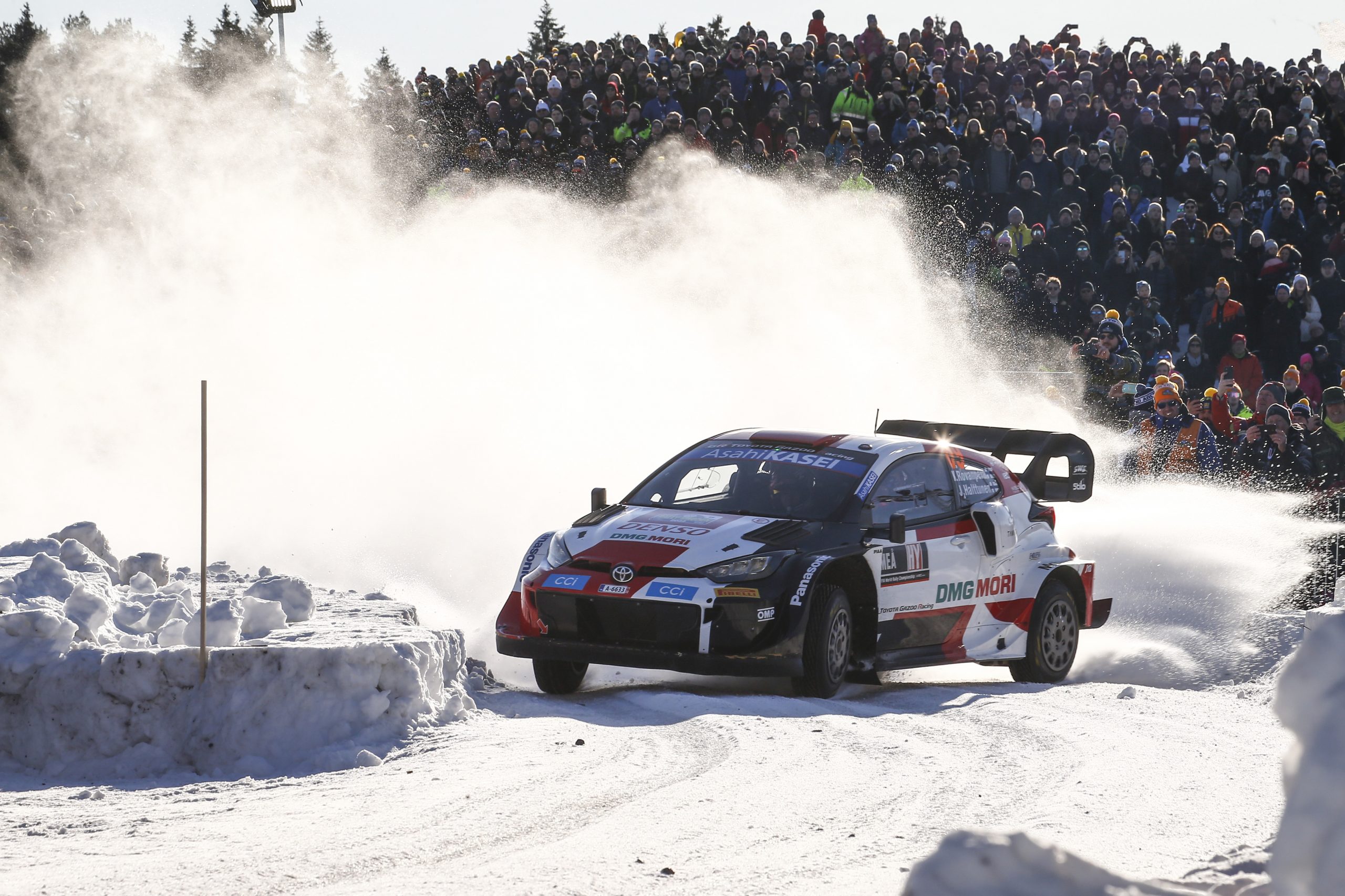 Kalle Rovanperä was the man of the day in Rally Sweden. The Toyota driver won three of six stages on Saturday and now leads the summary by 8.3 seconds before the last for stages on Sunday.
- I will do everything I can to keep the lead. Today was a good day for me, but one small mistake can ruin everything, said Rovanperä.

Toyota has a dream position ahead of Sunday’s sections in Vindeln and Sarsjöliden, where the power stage ends Rally Sweden at lunchtime.
Rovanperä has a tough battle with Elfyn Evans, who chases his teammate furiously.

Kalle Rovanperä ended Saturday, and the rally party in front of a large audience at Red Barn Arena in the beautiful winter evening in Umeå.

– Right now, it’s about keeping the feeling I had and balancing between driving everything I can without making mistakes, Rovanperä said.

Rally fans got to see the Finn end Rally Sweden’s second day by extending the lead in the summary by another two seconds to chasing teammate Elfyn Evans who on Umeå SS 15 was 2.6 seconds ahead of his Toyota colleague.

But the Welsh driver was extremely close to missing the finish line when he dramatically drove up the snowbanks just at the finish line, but the time was registered.

Rovanperä has now won four stages so far in the competition.

Thierry Neuville was third on the last stage, 3.2 seconds behind. Neuville is now 21,7 second behind Rovanperä in the summary, the Belgian driver lost a lot of time at SS11 after missing a junction.

It is also noteworthy that the Swedish driver, Oliver Solberg, had problems with the transport between SS 14 and 15 and got extra time. He lost a lot of time and is seventh in summary, 5 minutes and 19 seconds behind Rovanperä. The Frenchman Adrien Fourmaux, like his teammate Craig Breen in the Ford stable, also had problems with the car’s power, which slowed him down considerably.

In the WRC-2 class, the Norwegian duo Andreas Mikkelsen and Ole-Christian Veiby continue to fight a crazy battle for victory.
After Saturday’s end, Skoda driver Mikkelsen has 10.6 seconds on Veiby with his Volkswagen.
In third place is Nikolay Gryazin with his Skoda, 30.6 seconds behind Mikkelsen.