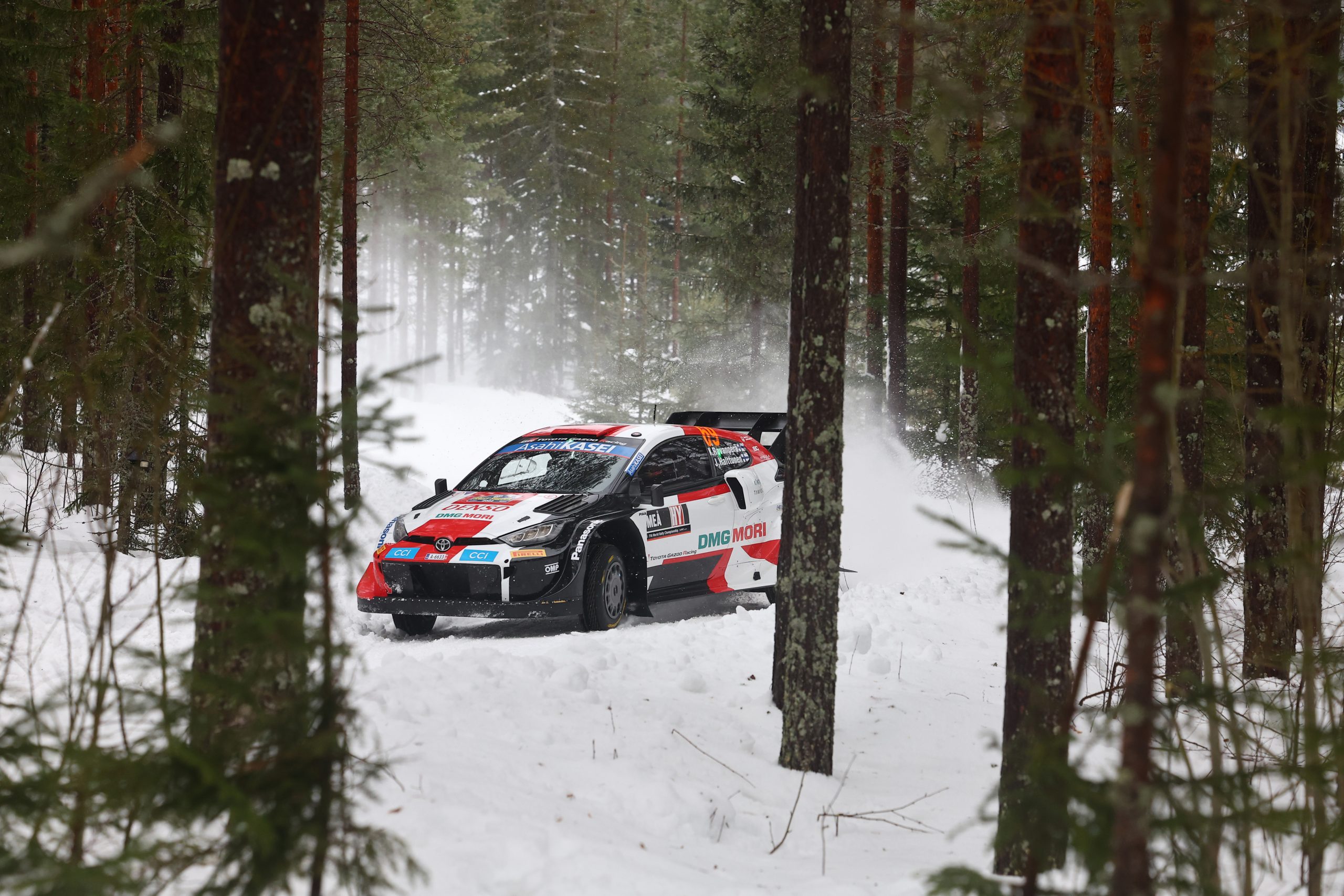 Kalle Rovanperä was the fastest WRC-driver in Shakedown. In WRC2 the Norwegian duo Andreas Mikkelsen and Ole-Christian Veiby shared first place with the same time.

The Finish driver Kalle Rovanperä had an average speed of 135 kph in his hybrid-powered Toyota Yaris Rally1. He was fastest on the 7,59 km Klabböle Shakedown, winning with the time 3.22,400.
Ott Tänak, Hyundai i20 N Rally 1, was second with 3.22,700 and his teammate Thierry Neuville finished third, 0,8 seconds behind Rovanperä.
Takamoto Katsuta fourth, M-Sport Ford duo Craig Breen and Gus Greensmith was fifth and sixth in their Puma Rally 1 cars.The Swedish

“After the second round i just drove carefully to learn things about the car, but I hope the speed is there”, Solberg says.

On Friday morning the Rally Sweden kicks off with SS1 Kroksjö, with Kalle Rovanperä starting first.

“Winter rallies are always quite tricky and challenging, but my plan is always to go as fast as possible. Being the first car on the road could be a bit tricky, so lets see what I can do tomorrow and then we take it from there,” Rovanperä says about the seven special stages that awaits on Friday.

Andreas Mikkelsen, Toksport/Skoda Fabio, and Ole-Christian Veiby, driving a Volkswagen Polo, made the WRC2-Shakedown to a all Norwegian affair, sharing the first place on 3.34,9. The Estonian Georg Linnamäe finished third.