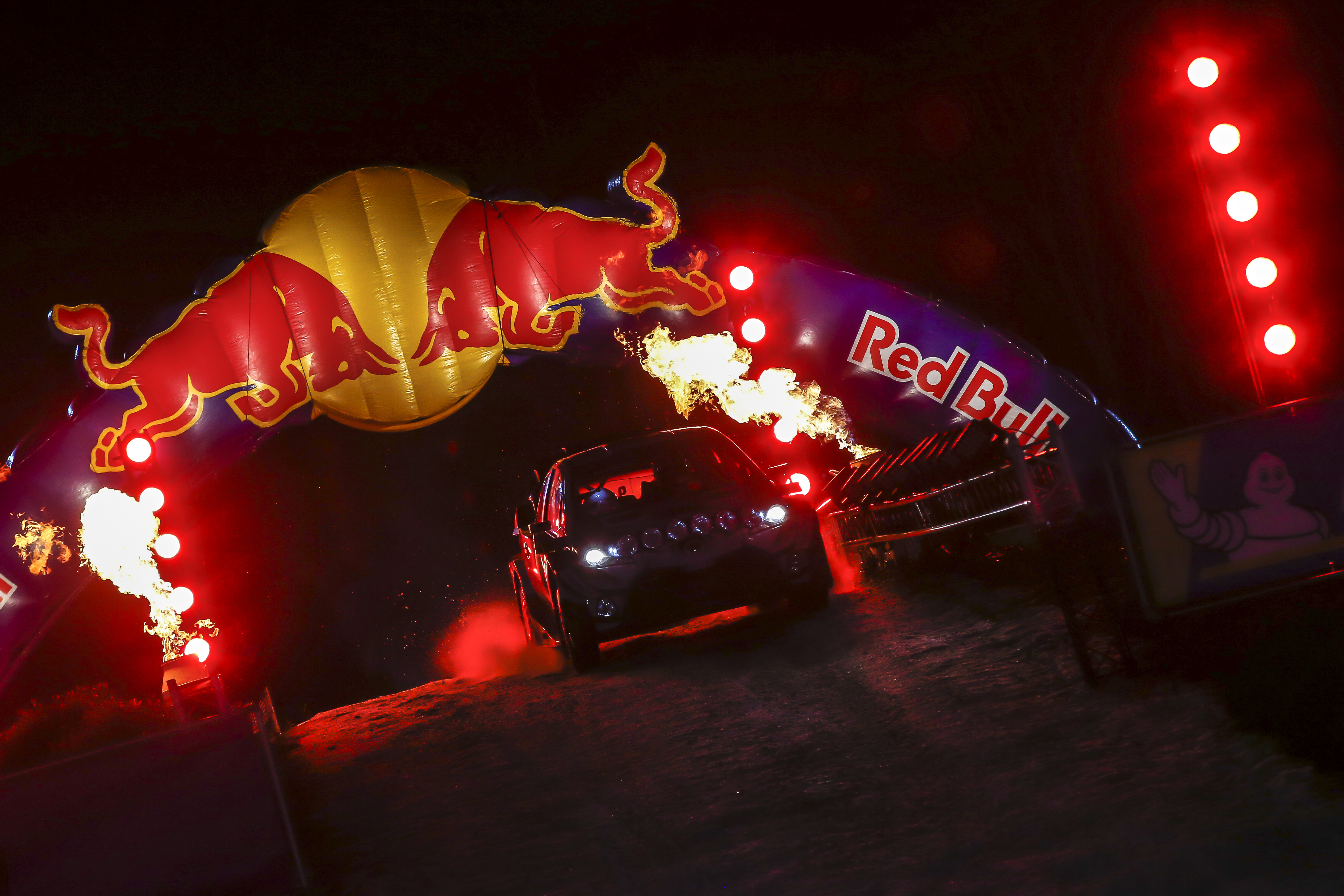 A Belgium victory is getting closer and closer. So is also a Japanese one.

Almost like a replay of Friday’s first stage, Tänak came out strong again, taking the win on the first stage win ahead of Breen and Latvala. The Toyota team got another stage win at SS10, Tänak the fastest car once again.

At Vargåsen, Mads Østberg had the longest jump on the first run of Colin’s with his 42 meters. Neuville broke the Toyota domination when he was fastest and managed to extend his lead into the service break.

In the afternoon, Breen did what he did yesterday, started winning afternooon stages and closed in on Neuville.
With four stages left for the day, Neuville moved up through his gearbox and went into another level – the wins out of those four found him in a clear lead when Saturday was done. 22+ seconds ahead of Breen, 32 ahead of Mikkelsen.

Colin’s Crest Award once again ended up in the hands of Mads Østberg after his jump of 42 meters in the first run today.
Congratz, Mads!

WRC2 has turned into a real surprise; Katsuta went out and proved everyone doubting he would be able to continue in the same way wrong. Taking stage win after stage win, he now holds reigning champ Tidemand 12.2 seconds behind. Veiby is in third and will try to push to move up with his 20.8 seconds off.

Rally Sweden Historic finished today and Kenneth Thomasson took, after a tight fight through two strong days, the victory. In the end, he beat Petter Solberg by 46.9 seconds. Mats Jonsson ended up in third. Thomas Rådström was in the fight as well but had to retire before the end of the day.
Congratz, Kenneth! Well done.

The first Belgium victory in Rally Sweden is closing in fast. And, a Japanese WRC2 victory is not far off as well.

Tomorrow sees the final day of Rally Sweden 2018. Until then, enjoy this Saturday party action and see you back tomorrow for the finale.